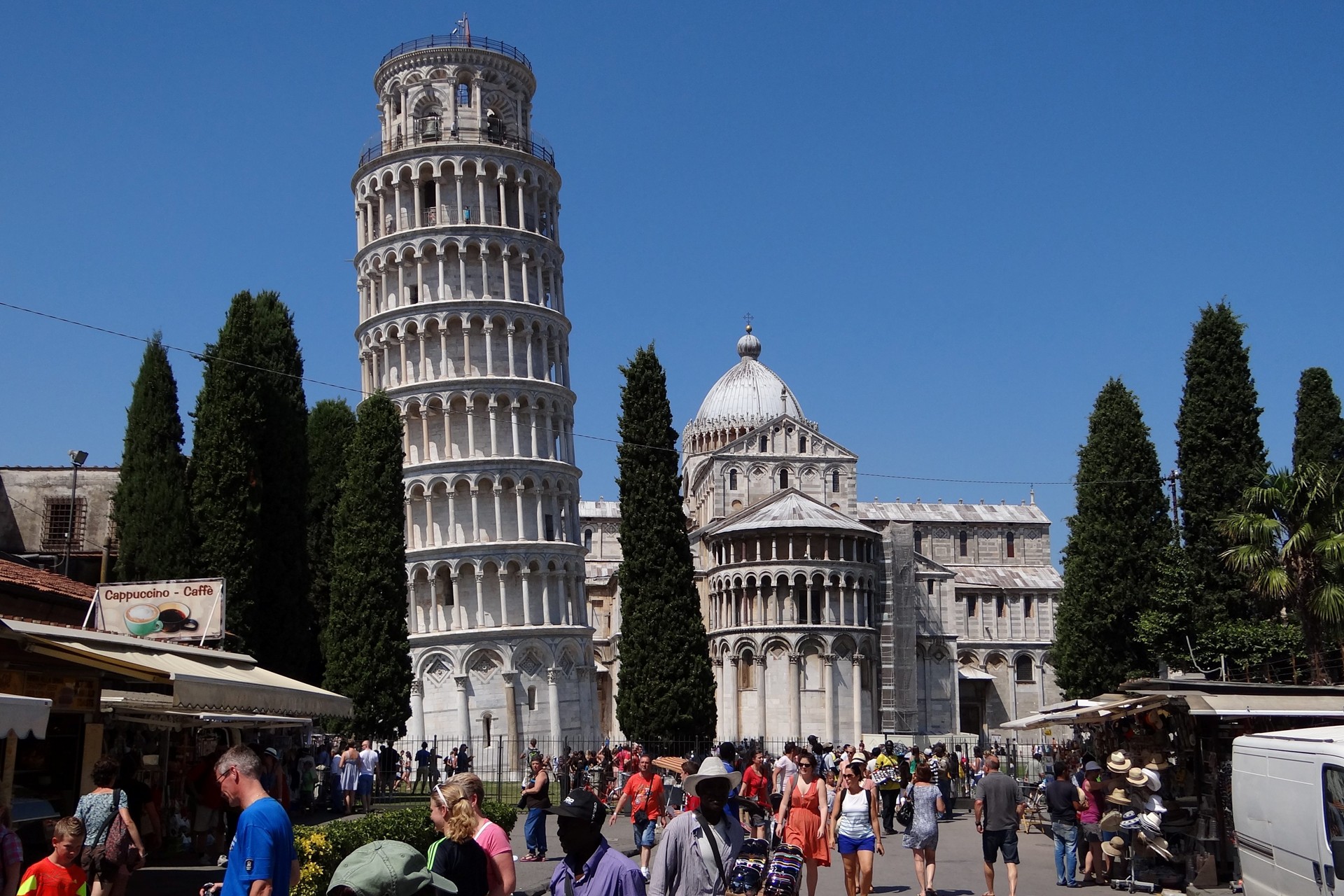 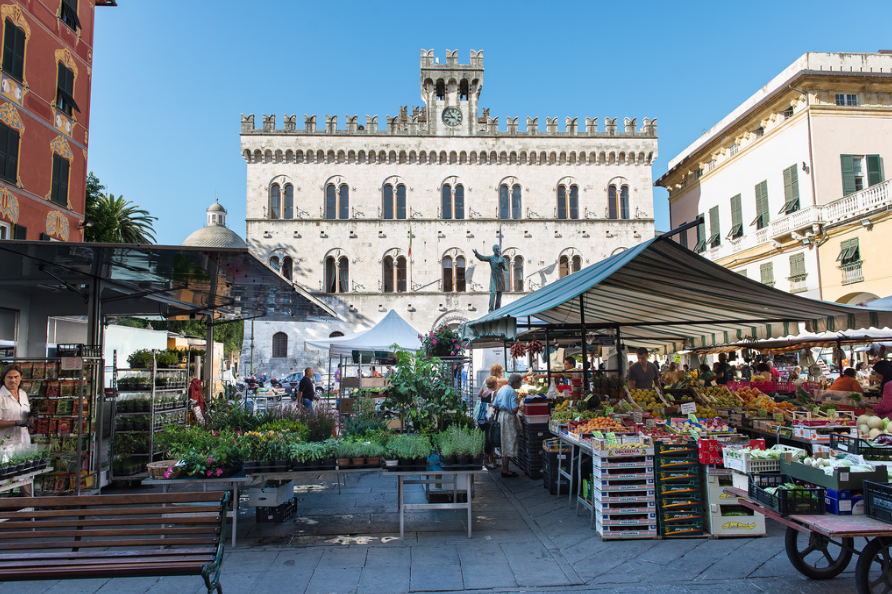 The city is situated at the Tigullio Bay.  The beautiful city center and the beach lure a lot of people every year to Chiavari. Its characteristic are the colored houses and the arcade galleries in its historical center. Around the city there have been quite some prehistorically findings and these you can see at the Archeological Museum. Fishing plays an important role in Chiavari where you will find fishing- and yacht harbors. The furniture industry is specialized in the production of the elegant Chaivarina chair. Our agriturismo overlooks Chiavari.

A list has been compiled with the most beautiful villages in Italy. It was founded by small municipalities, which, despite their great value, risk being forgotten and abandoned. Through this list, it is hoped that these beautiful villages will continue to exist and be revived. The requirements to be admitted to this list are: architectural harmony, liveability of the village, artistic and historical qualities of the heritage and public service.

In our area there are 7 of these beautiful villages on the list. Namely: Framura, Brugnato, Vernazza, Montemarcello, Varese Ligure, Tellaro and Moneglia. For the entire list you can look on www.borghitalia.it

Genoa, with about 630,000 inhabitants the most important Italian port city on the Mediterranean Sea, is one of the most underestimated cities in Italy. As a port city, it is easily associated with industry and related pollution. The first time in Genoa you immediately look your eyes out. The large, beautifully decorated palazzi are the proof of wealth that has been gathered in the early centuries. The old harbor and the small streets of centro storico give you a good idea of this beautiful city. Genoa is a special mix of colors and styles.

Levanto is the name of the Port of Cinque Terre and is a cute Sea side place at the Riviera del Levante (the Levante River) situated at the South-Eastern part of the Ligurian coast. From Levanto you can easily in a couple of minutes reach the Cinque Terre per train. Levanto also has a beautiful pebbled beach and it’s also a great place for hikers and nature lovers. You can make outings to Rapallo, Potofino and Genoa (82km) but also North-Toscana, Forte dei Marmi and Lucca are within your reach.

Levanto has around 6000 inhabitants and is a good choice for people that do not like tourists and busy places. The tourists that you find are mostly hikers who have specially come for the many hiking routes and Cinque Terre these are mainly people of the ages 30 and up (source www.ligurie.info). Levanto has an interesting old center which is full of beautifully painted houses, a cozy market on Wednesday, restaurants, coffee bars and all kinds of different shops. The best time of year to visit Levanto is the second half of July good weather guarantied also it’s the time for San Giacomo’s festivities ( 23/24/25th of July) with middle aged scenes, an arts and crafts market, a possession in the dark with 30 crosses weighing each around 150kg and fireworks.

To get to Pisa from our Agriturismo  it will take you approximately 70 min. by car.

Pisa has 89.000 inhabitants and is of course famous for its leaning tower of Pisa. The tower is a detached bell tower that belongs to the Pisa Cathedral (Duomo de Pisa) and is part of the Piazza del Miracoli.

The builders Gugilmo and Buonanno where of course building a straight tower but shortly after they started in august of 1173 the tower started to lean over they kept on building in a straight line and there for the tower is not only leaning but also crooked. The tower is 55, 86 meter high and the weight is said to be 14.453 ton it has 297 steps and the leaning of the tower is now around 10%. When you visit Pisa don’t forget to visit not only the tower but also the historical center.

Lucca is about an 80 minute drive from out Agriturismo OlivArancio.

Lucca is a city in the region of Toscane and has around 90.000 inhabitants. The city is one of the riches cities in North Italy and is about 50 km West from Florence. Lucca was built by the Etruscans and has a long history. The Roman style of the Dom tells you that it was a good place to live in the 11th century. Many of the buildings where built during the Renaissance. The whole city is walled in and gives it a special cachet. In 1808 Napoleon stationed his sister Elisa as supervisor of the city. The city wall was built as a defense for attacks from Florence but the wall was never used for

Military purpose. The wall was used once in the 19th century to protect the city from a flood caused by a nearby river. The wall is about 4km long and is still in good order, they have built a park and there are bike and hike paths on top of it as well. 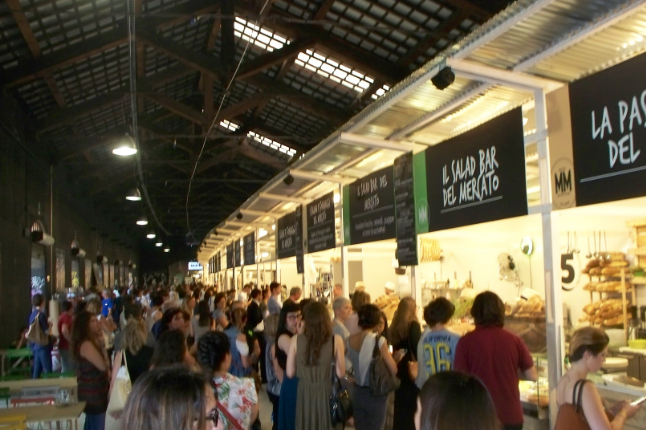 The largest market hall in Genova is Mercato Orientale, which is located in the eastern part of the city. The building is from 1899 and is a very colorful fragrant market in the morning. The atmosphere is cozy, informal and noisy.

Mainly colorful vegetables, fruit and strands of garlic are sold. Of course there is also freshly caught fish in all shapes and sizes, delicious herbs and spices, pesto sauces, salami, ham and traditional pastries. A a pleasure for all the senses.

Our small scale Agriturismo, B & B, apartments “De Oranje Olijf”. Staying with the Dutch, between the olive trees overlooking the sea, a swimming pool and a spacious outdoor kitchen. Enjoying a Ligurian sun holiday in Italy near the Mediterranean. Near Cinque terre, Portofino.