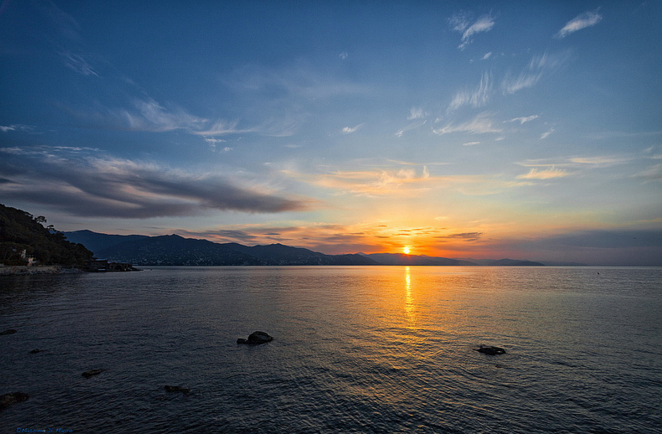 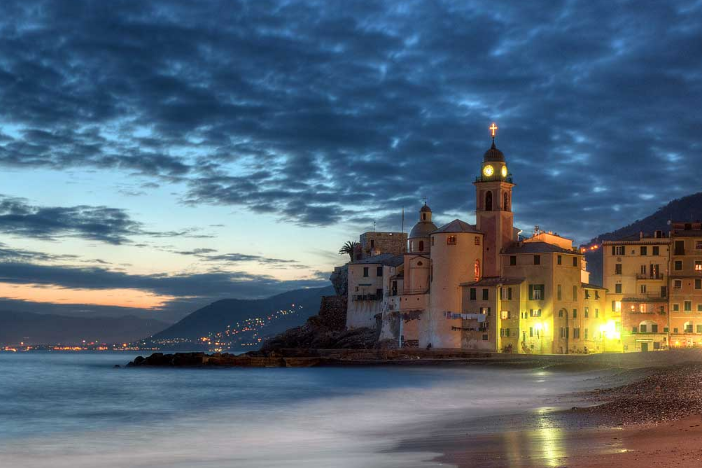 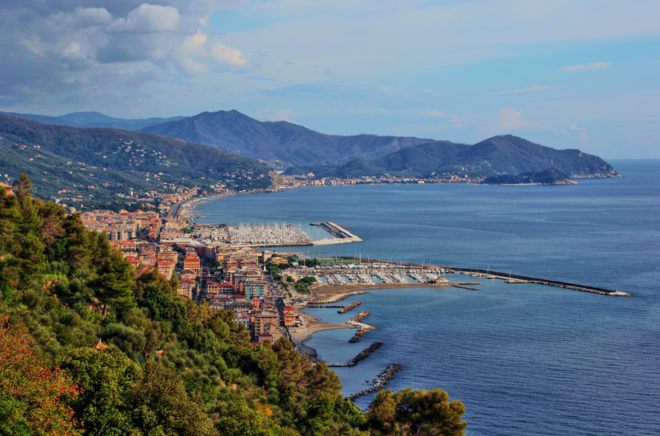 From Levanto and Chiavari you can easily get to Cinque Terre. It consists out of five picturesque villages that have been built up against the rocks on the coast line and have been put on the Unesco Worl Heritage list. It is easy to visit these villages via hiking paths along the coast, with a comfortable train or by boat.

These villages are almost inaccessible by car. They are interconnected by a railway line and by one of the most beautiful coastal hiking trails in Europe. Walking along this route there are continuous panoramas over the sea and over the hills that have been made into terraces. Olive and lemon orchards bordered by walls alternate with the small vineyards of the famous local white wine.

The Cinque Terre, declared a national park, now enjoys international fame. As a result, it is quite busy in the villages throughout the year.

Riomaggiore is one of these five picturesque fishing villages with a spectacular settlement up against the steep rocky coast North of La Spezia. Over the ruff cliffs and bays emerges a green mountain like landscape with beautiful hiking paths high above the sea. These villages are unreachable by car they are connected to each other by train rails and through one of Europe’s most beautiful hiking paths. Hiking on this route you will continually be surprised by the panoramic views over the sea and the terraces that have been made on the hills. The olive- and lemon tree orchards which are bordered with low stone walls change into small wine yards that grow the grapes to make the famous local white wine. Cinque Terre has been named as a National Park and now enjoys an International reputation.  Riomaggiore has kept its original character, its atmosphere is friendly and the prices are reasonable. You can horseback ride, rent bikes or swim at one of the small rocky beaches.

Warning: this is not a good place to visit if you are in a wheelchair or have difficulties walking. This because there are a lot of stairs and differences in heights.

Is situated at the Tigullio Bay where the Gromolo River ends up in the sea. Sestri Levante is partially situated on Isola a peninsula that was an island up till the 11th century. Because of this two Bays came to be Baia delle Favole ( Bay of mythology) and the Baia del Silenzio (Bay of silence). Every year lots of tourists find their way to Sestri Levante because of its beautiful siting and sandy beaches.

Portofino has been labeled by some as the Saint-Tropez of the Italian Riviera. The village was founded in the 10th century. The small harbor was mainly used as a fishing port. In the 19th century it became a refuge for wealthy aristocrats from all over Europe. Portofino has about 400 inhabitants.

Rapallo was the main resort of the Riviera until the 2nd World War. The town is fun to go shopping in the morning or in the afternoon. In Rapallo you can park well to take a boat from there to Portofino and / or San Fruttuoso. Thursday morning there is a fairly large market in Rapallo (not a convenient morning to park the car and take the boat). Rapallo also has an old city center. This old part of town lies behind the boulevard, the lungo mare Vittorio Veneto.

From Lerici a beautiful scenic road leads through protected nature reserve to Montemarcello. This small town at 260 meters altitude is still quite quiet, even in the busy summer months. The view from this village is fantastic.

To the west of Montemarcello, between Tellaro and the peninsula of Punto Bianca, there is a coastal area with steep limestone cliffs. Here you will find secluded beaches such as spiaggia Punto Corco. 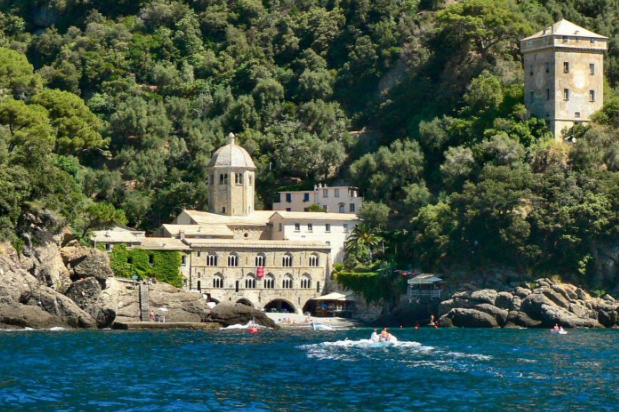 The Doria Tower of San Fruttuoso

If you walk up a steep slope in the fishing village of San Fruttuoso you will reach a tower from the fifteenth century. This tower at the entrance of the bay was used for the defense of San Fruttuoso against pirates. 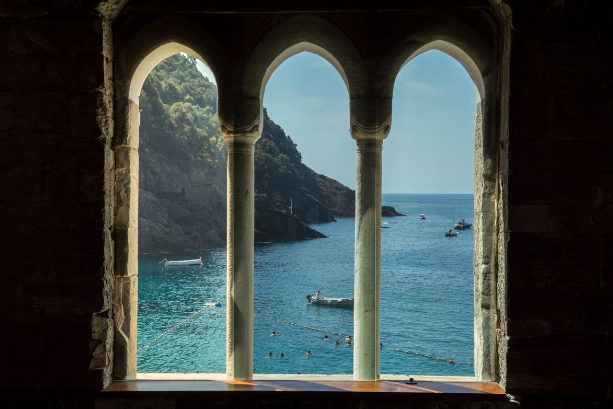 Our small scale Agriturismo, B & B, apartments “De Oranje Olijf”. Staying with the Dutch, between the olive trees overlooking the sea, a swimming pool and a spacious outdoor kitchen. Enjoying a Ligurian sun holiday in Italy near the Mediterranean. Near Cinque terre, Portofino.